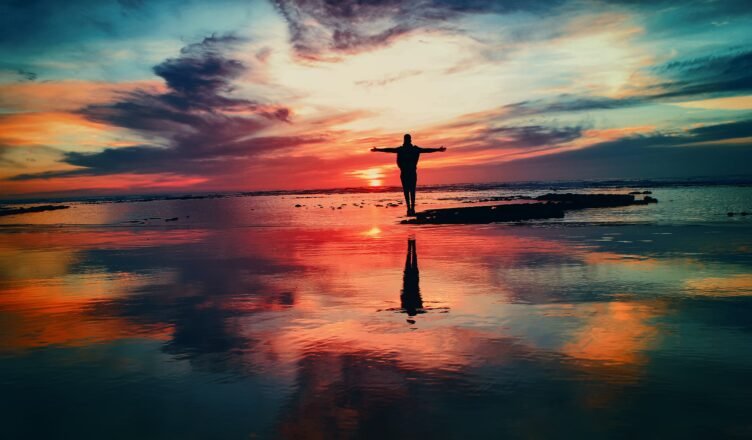 By D, A Courage Member

As Christians, we’ve always made a distinction between happiness and joy, where we say that the latter is deep seated, less of a fleeting emotion, and rooted in something greater than the superficial.

We distinguish that feeling when we open presents on the morning after Christmas, from that of  tears shed when a son returns home, two years after being stranded in Sydney due to the pandemic. As I pondered over what to write for this reflection, it dawned on me that perhaps, these emotions are more difficult to distinguish than I have come to believe. I wondered how easy it is for me to say that I am searching for joy, and less so happiness. Do I really know the difference? Is there once when I say, “I just want to be happy”?

I hate going for confession. I hate it that everytime I go, I confess the same sins over and over again. I hate it that I see no end to the cycle of sin – confess, repent (I think), and fall into the same sin again. I hate it when I see the priest, in my mind he says, “There he is again, must be the same thing, never change.” I hate it even more that I go in and come out clean, and sometimes, even before I’ve finished doing my penance, I’m back to sinning again. Where’s the joy in that?

Some people have said that, perhaps it is because I see the Sacrament as confession and not reconciliation, and that I should be spontaneous – whenever I feel the distance, I should just go. I did that once, spontaneously and admittedly not prepared, and the priest chided me for being unprepared.

Then there’s another group of people who say I should really take time out, pray, prepare myself, truly feel remorse and then go for the Sacrament. I tried that too. I tried to picture myself as the tax collector (in the Parable of the Pharisee and the tax collector in Luke 18:9-14) and didn’t dare look to God as I confessed my sins. In confessing the particular sin of lust, I was told that I had let the devil enter into my life. I felt terrible coming out of the confessional.

Admittedly, there were many times that going for the Sacrament of Reconciliation, I truly received grace. This is one of those times. This was a confession that was a long time coming. Having delayed meeting Jesus for so many months, I recognised that in finally making the decision to go, I was very anxious because I had to admit to committing the same sin, and I questioned if I was truly repentant. There was an internal conflict, because I didn’t believe I could change. There was envy, as I know of people who have met the Lord and had a 180° change in their life, and I really wanted that too.

In preparing for confession, I didn’t focus on repentance, nor remorse. In fact, I’d given up rationalising, searching for triggers or making the effort to change and stop sinning. I was just going to tell the priest that I gave up, and I am tired of trying. Something hit me instead, and caused some tap inside to be turned on, and a wave of emotion came pouring out. That emotion was summed up in 3 words, I miss you.

That was my confession to the priest, “I miss you”. He said in reply, “God misses you too”. And I was given my penance, that was to reflect on Psalm 63:8, and a song that was probably inspired by Psalm 27. These two lines hit me powerfully:

So this is the joy of it all: to hear Him say, “I miss you too”, to recognise that I long for Him. The conflict, anxiety and envy in me had not dissipated, although the feeling had perhaps diminished. They had no longer become the focus of my attention, and my heart could at that moment, see and hear and feel the Father’s “I miss you too.”

With that, I was overwhelmed. With joy.

D has been with Courage for a few years and has found family and God in the community.

The opinions and experiences expressed in each entry in the Reflections page belong solely to the original authors and do not necessarily reflect the views and policies of Courage Singapore. Some entries have been edited for length and clarity.