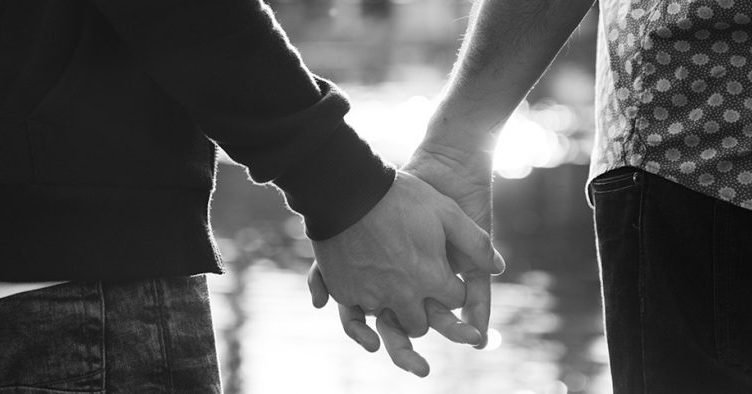 It is impossible to miss the numerous messages this month that urge us to celebrate LGBTQ+ pride. These messages range from heartfelt personal testimonies to rather perfunctory corporate advertising. The month is full of parades, rallies, articles and media programs. Participants come from all different perspectives, and they speak and act with a variety of intentions. But they all leave us with the same question: “How should a faithful Catholic respond?”

Observing June as “Pride Month” has its roots in the annual commemoration of the 1969 Stonewall Riots in New York City. The Stonewall Inn, a bar in Greenwich Village frequented by the gay community, was often raided by police. In opposition, hundreds of people gathered on June 28 and 29 to protest the harsh, discriminatory treatment of LGBTQ+ people. Following the protests, a social movement emerged for gay liberation and to raise awareness of discrimination against people with various sexual attractions or sexual identities. To this day, the Stonewall Inn is a popular place for people who identify as LGBTQ+.

The Catholic Church is clear that harsh treatment of people who experience same-sex attractions is sinful: The Catechism of the Catholic Church insists that “they must be accepted with respect, compassion and sensitivity. Every sign of unjust discrimination in their regard should be avoided” (No. 2358).

Writing in 1986, the Congregation for the Doctrine of the Faith went even further. “It is deplorable,” they wrote, “that homosexual persons have been and are the object of violent malice in speech or in action. Such treatment deserves condemnation from the Church’s pastors wherever it occurs. It reveals a kind of disregard for others which endangers the most fundamental principles of a healthy society. The intrinsic dignity of each person must always be respected in word, in action and in law” (“Letter on the Pastoral Care of Homosexual Persons,” No. 10).

As Christians, we have an obligation to welcome and accompany people who experience same-sex attractions with the same charity that we owe to every human being. “The Church does not teach that the experience of homosexual attraction is in itself sinful” (“Ministry to Persons with a Homosexual Inclination,” No. 5), the U.S. Conference of Catholic Bishops reminds us, and no one is to be excluded from family, Church or society simply because of the attractions he or she experiences. Rather, we are called to walk with them along a path of holiness. As Pope Francis put it in his 2016 book “The Name of God is Mercy,” “You can advise them to pray, show goodwill, show them the way and accompany them along it.”

This month thus provides an opportunity for Catholics to better understand and share the Church’s teaching about homosexuality. The same CDF Letter that condemns violent and discriminatory treatment of people who experience same-sex attractions goes on to remind us that the proper response to misunderstanding and sinful behavior is not to change the Church’s teaching, but to follow it more closely and teach it more clearly. While calling us to deep respect for the person who is experiencing same-sex attractions, the Church makes it clear that there is one unique context in which sexual intimacy can be holy: the lifelong, faithful covenant of marriage between a man and a woman whose sexual relations are open to the procreation of children. The Church’s insistence that same-sex intimate partnerships are not part of God’s plan for sexuality is meant not to discriminate or harm anyone, but rather to call people to a deeper appreciation for the meaning of sexual intimacy and to more fully embrace chastity.

Martyrs who defended love for the Church

Divine Providence has arranged that two important feast days serve as bookends for this month. On June 3, we recall the martyrdom of St. Charles Lwanga and his 21 companions, who were tortured and killed between 1885 and 1887, many by being burned alive. The Ugandan martyrs, who ranged in age from young teenagers to adults in their mid-30s, were men who served in the household of King Mwanga II of Buganda. Among other vices, the 19-year-old king often tried to seduce his household servants into homosexual relations, and the efforts of the older Christians to protect the boys from his advances made the king resentful.

When one of them, 16-year-old St. Denis Sebuggwawo, admitted that he had invited two of the king’s favorites to meet with the priests for instruction in the Faith, Mwanga flew into a rage and thrust his spear through the young martyr’s heart. He called his servants together and told those who were Christians to stand to one side, threatening them with torture and death if they did not renounce the Faith. Their cheerful perseverance despite his threats fanned the spark of his jealousy into a blazing hatred of the Faith, and he ordered all the Christians in his court to death. Their witness is a challenge to stand firm in faith and the moral life, no matter how much society may insist that we go along with prevailing trends or threaten us with punishment if we do not conform.

At the end of the month, on June 29, we celebrate the great apostles — St. Peter and St. Paul — who underwent many apostolic journeys and laid down their lives in Rome around the year 64. Both teach us to present the Church’s teachings faithfully and firmly, even in the face of opposition, and to do it with a particular attitude. St. Paul urges the Ephesians to live in the truth in love (cf. Eph 4:15), reminding us that clarity must be accompanied by charity, or else people will not be able to hear the message that we bring. St. Peter wants us to “always be ready to give an explanation to anyone who asks you for a reason for your hope” (1 Pt 3:15), and to present God’s call to chastity as something hopeful and liberating. It’s a joyful sacrifice that leads to authentic relationships, freedom to love and to be oneself, and peace of heart.

What June means for Catholics

Finally, since the 16th century, June has been observed as the month of the Sacred Heart of Jesus. It is in his heart that we find the definitive answer to all the questions, desires and needs of our own hearts. People who experience same-sex attractions often have deep questions about who they are, where their lives may lead and what God’s plan is for them. It is not as easy as saying that “I was born this way.” If homosexual acts are always immoral, as the Church teaches, then a desire for same-sex relationships cannot come from God. But the answer to the deepest desires of the human heart — the desire to love and be loved, to be seen and accepted as oneself, to create life and family, to be trusted and needed — are ones that find their origin and fulfillment in God, who creates the human heart and knows it very well (cf. Jn 2:25). People who experience same-sex attractions, as every fellow Christian, are called to join their whole lives to Christ and strive to be conformed to his will, so that Jesus, who is meek and humble of heart, may make their hearts like his own.

We have a unique opportunity this month to extend a welcome, in the name of Christ, to our brothers and sisters who experience same-sex attractions, and those trying to understand and embrace God’s plan for their lives. The welcome that Christ extends is absolute and purposeful, as seen in John’s Gospel: “I will not reject anyone who comes to me” (Jn 6:37), and “Everyone who listens to my Father and learns from him comes to me” (Jn 6:45).

If we strive to “accompany people starting from their situation … with mercy,” as Pope Francis insists, we will be able to share with them the Good News of God’s plan for sexuality and the freedom and peace that come from embracing chastity. We will all be able to take pride in the way that God works through our efforts to “speak the truth in love” in order to draw our brothers and sisters to his Sacred Heart.